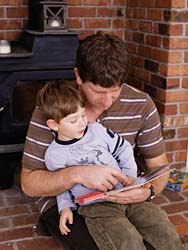 I first ran across the work of Kristine Kathryn Rusch when her name appeared on the bottom of a standard rejection form I got from The Magazine of Fantasy & Science Fiction, where she was head editor for several years. A short time later, I ran across one of her short stories (“Retrieval Artist” in the June 2000 ANALOG), which of course, led me t0 her RETRIEVAL ARTIST novels. I’m a fan now and started reading her blog (http://kriswrites.com/) a year or more ago. As always, I look for good writing advice to pass on to you as well as applying it to my own writing. I have her permission to quote from the articles. You can find the complete article referenced below here: http://kriswrites.com/2011/06/22/the-business-rusch-short-stories/

I love short stories. I’ve been writing them from the day I first (in my case) laid pencil to paper. I’d never had any intention of penning grand novels or a fantasy series.

I read short stories and I loved them.

So I wrote short stories and they were published in ANALOG, CRICKET, CICADA, STORIES FOR CHILDREN, STUPEFYING STORIES and a half-dozen other places.

In this article, Kristine Kathryn Rusch mostly talks about how readers are the winners of the electronic publishing revolution – she has certainly taken advantage of it! – but she writes primarily about the written word.

I have discovered another branch of the SF publication kingdom: the spoken story!

Humans have been telling stories since the advent of language. The first stories we “read” as children are whilst we are being dandled on the knee of a favorite adult who somehow makes the same sounds over and over again that explain the pictures we see clearly on a piece of paper in front of us. They READ to us. The advent of stories being read to us used to disappear from our lives once we “learned to read”. Except for plays in theaters (which is a form of being read to), having someone read to me disappeared once I could do it myself.

I confess, I’ve never liked the idea of letting someone read to me as an adult. For some reason – probably a deeply-seated psychological interpretation that says to me “you are a child” when I hear a book being read to me intentionally. I never bought one and I CERTAINLY never listened to one myself!

Then the 21st Century arrived along with ipods, MP3 players (pause for dramatic effect) and the dreaded “multi-tasking”.

People who drove for a living and were readers had long ago discovered that they could drive and listen to novels at the same time. A young friend of mine is a policeman/artist/janitor and an avid reader as well. He has a collection of books, one of which he loaned me recently.

But his MAIN source of reading comes when he’s working. Whilst sweeping floors, sterilizing urinals and doing sundry other tasks, his head is firmly plugged into a pair of headphones and he’s listening to SOMEONE read to him!

I respect the intelligence of this young man immensely – but I just couldn’t…could I?

I’d made the jump to online publishing in the Fall of 2001 with the publication of a short story called “Christmas Tree” in a now-defunct (there are SO many of these now as well) called Gate-Way.

Now I’ve made another jump. Currently up at the podcast site of young adult science fiction, CAST OF WONDERS is the first half of my story, “Peanut Butter and Jellyfish” (http://www.castofwonders.org/). Yes, I can only imagine what you’re going to say, so I’ll save you your breath and answer now: “I know you told me so, so I humbly concede your prestidigitation (yes – I know what this means. It’s a joke to see if YOU know what it means!) skills and heave a great sigh of resignation.

I’ll also add this from Kristine Kathryn Rusch: “The rapid growth of the short story markets means that the editors are in the market for good material. Short stories are more than a vanity project for writers these days. I believe a good, fast short story writer who works in multiple genres could probably make a mid-five figure income these days or more. But…while everything else is in flux from agents to traditional book publishers to the growth of the e-book marketplace, the traditional short story market has become the brightest spot in the publishing firmament. And I, for one, think that’s spectacular.”

Posted by GuyStewart at 7:33 AM