Slice of PIE: If Scientists Ran the World… 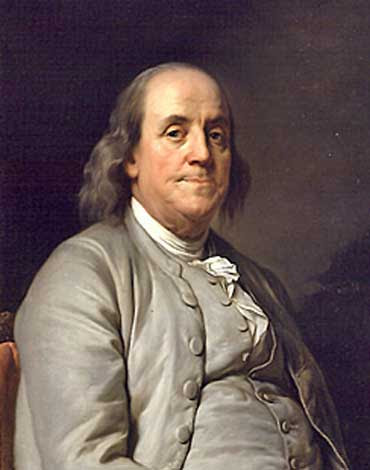 By definition, science is all about experiments. For centuries, scientists have been portrayed in stories, books, in movies and on TV as people who seek the truth by carefully setting up conditions, doing something and then recording what happened.

We expect science to be totally objective.

But what happens when it’s not? Increasingly, as we define our personal world, science reaches farther and farther out in both time and space.
At first, defining our personal world typically involved making observations that were easy to confirm within the lifetime of an individual (for example: blood is pumped by the heart; giving a vaccine prevents certain diseases; the bottom of the Mariana Trench is 11,000 meters below sea level). Other observations, however involved collecting data for more than a single person’s lifetime in order to verify the validity of that observation (the continents are moving; protons, neutrons and electrons are made of smaller particles called quarks; the rings of Saturn are more than a uniform ring, but made of complex strands of orbiting material). Still other observations require far more than a mere two or three hundred years of collected data to confirm.
Of course, that doesn’t mean that scientists can’t use tiny slices of data to prove a point when to draw objective conclusions, it would require a millenium to collect and confirm the conclusion. This lengthy time of observation means that scientists can safely overlook tinier slices of data that don’t suit their needs. It’s this last bit that creates politicians out of scientists.
Most scientists make good scientists but rather poor politicians. Politicians, being who they are, make fine politicians, but equally poor scientists. It is a rare individual who has acumen in both arenas. In fact, Benjamin Franklin is the only person I can think of (after making a cursory Google search) who has successfully navigated both fields.
Today, we have committees of scientists who advise politicians and politicians who support legislation for scientists (the grants presented by the National Science Foundation come to mind). A cozy relationship to say the least. This leads not only to bad politics, but to bad science as well. A brief peek at world history and in the middle of the Twentieth Century is all the farther you need to go to find a possible outcome of this situation. American history has its own science and political history as Googling the syphilis experiment will illustrate.
Science fiction itself contributed to the deeply profound belief that science should be able to influence politics. You need look no farther than Frank Herbert’s DUNE books and you find scientists (as well as religionists) influencing government on all levels. More recent books like Allen Steele’s COYOTE books (he has both scientists and religionists influencing politics) and David Weber’s SAFEHOLD series (again, scientists and religionists struggle for control over the politics of a world). It seems to be a swelling belief that scientists should control the government – at least the decisions of government.
Given the reality of the bedfellowship of science and politics, why don’t we see scientists running for government offices to influence politics directly? Hmmm… Anyone want to try and answer this one?
image:http://rosenblumtv.files.wordpress.com/2009/02/benjamin-franklin.jpg
Posted by GuyStewart at 6:00 AM

Email ThisBlogThis!Share to TwitterShare to FacebookShare to Pinterest
Labels: A Slice of PIE -- Brief Essays

Wow. That is an interesting concept. it really gets you thinking.

Because scientists are too smart to want to prostitute themselves for the general public? ;)

I suspect a good deal of this is self-typing. There's really not too much of a gulf between the two positions. One of the things that people tend to dislike the most about campaigning, fundraising, is something that scientists have to do quite often (by raising money for grants, etc.). But most scientists probably say to themselves, "I can't be a politician, I'm not a lawyer or a businessman!" This isn't necessarily true. In fact, the most common profession that state legislators are, after lawyer, is K-12 teacher. But this perception, that scientists do not ever become politicians, probably keeps them from doing so. It's just like that a related study published recently found that the reason why liberals are overrepresented in academia is because of conservatives generally believing themselves unsuited to careers in academia, because they won't fit in. In other words, conservatives decrying the power of liberalism in academia has probably exacerbated the tendency for liberals to be more common in academia.

Anyway, now, where was I?

One might also think that scientists probably don't really have the time to do campaigning, and lay all the groundwork for a bid. Lawyers can usually pretty much set their own workload, after the first few years. Teachers have summers, and usually contracts and tenure ensure they can return back to work when they're done. Businesspeople can leave a business with someone and (hopefully!) still have it there when they're done. But academics don't have that luxury; if they stop research for a while, who knows what things will be like when they're back?

Well, just some random musings. I hope to be a scientist who runs for office someday myself. Even if the office is county dogcatcher or something, I'd still like to run for something. I wonder how I could parlay psycholinguistics into elected office, hmm...