WRITING ADVICE: Jack McDevitt 11: Forget Pacing – On With The Action! 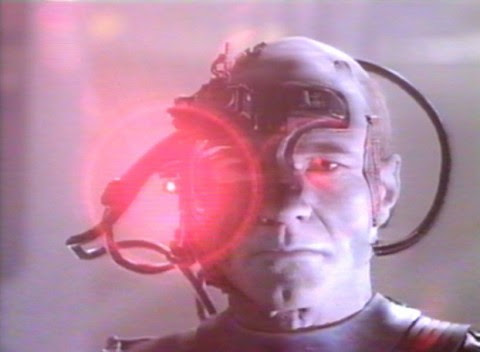 (The Twelve Blunders are used with permission of Jack McDevitt, from his webpage: http://jackmcdevitt.com/Writers.aspx)

I find it strange that the word “cliffhanger” is both a single word and easily recognizable. As a word-a-holic, I love finding the etymology of words. Here it is: “A cliffhanger or cliffhanger ending is a plot device in fiction which features a main character in a precarious or difficult dilemma, or confronted with a shocking revelation. A cliffhanger is hoped to ensure the audience will return to see how the characters resolve the dilemma. The phrase is believed to come from the end-of-episode situation in adventure silent films of the early 1900s days, with the protagonist literally left hanging from the edge of a cliff, although the oldest usage the Oxford English Dictionary has is from 1937. Some serials end with the caveat ‘To be continued,’ or ‘The End?’ In television series, the following episode usually begins with a recap (a.k.a. ‘previously’).” (http://en.wikipedia.org/wiki/Cliffhanger)

A cliffhanger I remember well was the last moment of STAR TREK: THE NEXT GENERATION, “The Best of Both Worlds”, part I. It aired in in early June of 1990 and when Captain Picard abruptly appeared on the screen, his laser implant glaring malevolently from the side of his head, I screamed, slid off the couch and writhed on the floor knowing that I would have to wait until the premier of season 4 in September to find out what happened. Now THAT was a cliffhanger!

As a writing coach for hundreds of young people and dozens of adults, I KNOW the temptation of wanting to keep dragging your reader along behind you with explosion after death after battle after murder after chase scene as they wonder, “What next? What next?” I also know this is the WRONG way to treat your reader. In writing my teen novel, VICTORY OF FISTS (which made the first cut of the Amazon Breakthrough Novel Award ;-)), I decided to break scenes of sometimes intensely violent fights, arguments and life-and-death situations with chapters in which Langston reflected on his life and wrote poetry, pacing the novel and giving readers a chance to breathe.

As in writing, also in life. Most of us know that long periods of terror, trauma or life-drama leave us exhausted, drained. I remember being frozen before the TV on September 11, 2001; unable to tear myself away, horrified and deeply wounded. I was exhausted that night but had trouble sleeping. The unending torrent of images and commentary in the weeks that followed was unrelenting and left me feeling tired and defeated.

As writers, we can’t do that to our readers. We need to give them room to breathe. In his novels, Jack McDevitt does it. His closing line in this blunder is good advice: “…the joy of anticipation is very nearly too much to bear.” The key words here are “very nearly”. Giving breaks makes it possible to bear – and it makes me want to go back.

Posted by GuyStewart at 6:00 AM

I remember that Star Trek episode! There was no writhing in anguish from me (I was only 9 and cared more for the Ninja Turtles at the time), but it was still really cool!